This author has not yet filled in any details.
So far acsbusinsurance has created 29 blog entries.

It is sort of ironic that today is Name Your Poison Day as well as Best Friends Day. I’m not sure if it is figuratively or literally. You could celebrate both by taking your Best Friend for a drink or depending on the friendship, switch drinks when they’re not looking. 😉
Whatever your choice – be sure to have a great day! Grace 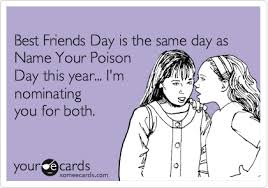 My deepest apologies to our friends, family and clients who are lactose intolerant, or don’t like chocolate (must be one of you out there…).

Today is National Chocolate Ice Cream Day. For some reason it did not coincide with National Fat Free Day, so feel free to indulge for breakfast, lunch, and dinner you have our permission.
Should you have too much ice cream (is there such a thing???) don’t forget that you also have great health insurance.
Grace 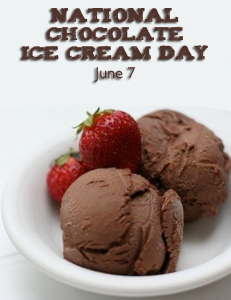 Happy Birthday! In a few days you will be 5 years old! In the moments since your birth, we have watched you grow from an infant with defined “needs and wants” to a small child learning to walk and have a voice.

It hasn’t been an easy five years. You have had a few growing pains, some temper tantrums and occasional bursts of joy these past few years.

We have watched with excitement and anticipation for your “next steps.” As with any person watching a child grow, we look forward to the future and what you can accomplish.

March 23, 2015 marks the 5th birthday of the signing for President Obama’s health care reform law. With anything new there are good and bad; not to mention adjustments and changes for everyone.

One of these new adjustments is another open enrollment period. If you didn’t have insurance last year – and were unaware of the fine that you received when filing your taxes, you have an opportunity to get enrolled. Through April 30th, give our office a call and we would be happy to get you insurance.

This month’s winner is…Anette Colcock. Anette is a long standing client with ACS Insurance and was thrilled to hear about winning Made in Nevada prizes!
Anette and her husband Rick own Remote Slate LLC which helps companies identify their processes to systematize with current technology (getting rid of paper forms and replace with smart phones or tablets). You can reach them at 775-393-9123 or email: techpro@remoteslate.com.

Want to get in on all the fun and win prizes? Just “like” our page on Facebook, call for a quote, or refer a friend! That’s what Anette did – and now she’s got the cool prizes!

Until next month,
“Silly people, serious about insurance.”

Who loves birthdays, but realizes sometimes “get well soon” is appropriate as well.

Since the individual open enrollment season is coming to a close on February 15th, I thought I would let you know that we are still “silly people, serious about insurance.

Working long hours during this time hasn’t lessened our need to find humor in the little things, such as enrollments on the Exchange.

Here are just a few real stories that happened this year.  I am not disclosing who said what, as I’m sure that Hipaa violations could be included somewhere.  If one of these quotes is from you, just know that mental health is a covered benefit.
On security questions:

What was your favorite childhood toy?  My client answered: “matches.”  But then immediately let me know that as an adult he has upgraded to lighters. What is your favorite cuisine?  The most popular answer?  Beer.

Do you need help with daily activities, such as dressing?  The wife responded: “Absolutely he does!  Have you seen what he’s wearing today?”  She then went on to tell me that they needed to have an adult version of Garanimals so that her husband could match the shirt to the pants.
On insurability questions:

Are you currently incarcerated, detained or jailed?  Answer:  “I think I already answered that I am married.”

There’s still time to get you enrolled if you haven’t already.  Just call our office for an appointment.

This month’s Made In Nevada winner is…Caroline Mathes!  Caroline not only referred someone to ACS insurance, but also does business with our agency!  Caroline is an amazing Realtor, and was excited to hear of her winning!  You can reach Caroline by contacting:

The bad news is that most of us don’t plan for living longer. We only plan what we know – that we’re healthy, have an active lifestyle and live a comfortable life.

I recently had a conversation with a friend regarding life insurance. She said that she was afraid to get life insurance because then she would die. I didn’t want to break the news to her that it is true, she will die. We all will. That’s just reality.

The difference between fear and reality is whether you are going to die with our without taking care of your family. With or without burdening them with your mortgage, funeral expenses or caring for young children. Even if you live after something happens, the likelihood of having a disability or needing long term care increases.

Since January brings new resolutions, make this the year to take care of YOU and your family. My family is taken care of – now my only resolution is to figure out how to grow orchids-without moving to Hawaii.

For those of you new to my eblasts, I have monthly Made-in-Nevada drawings for cool prizes by our sponsors. You can qualify for these drawings by: 1) liking us on Facebook, 2) referring someone to ACS Insurance or 3) calling for a quote or 4) emailing me what your New Year’s Resolution is (or help me to figure out that orchid thing)!

We have a new Made in Nevada sponsor! The Stylish Scribe is a local invitation company featuring custom designs for any occasion. You can stop by their fun loft studio to browse all of their paper options to create that perfect one-of-a-kind invitation. They have invitations for weddings, birthdays, bridal showers, baby showers, business stationery and so much more!

Sometimes it’s cool to share some of the feedback I receive from our clients in regards to their health insurance.

Not to worry, I’m not going to reveal names, test results or where the doctor advised that they put that thing.

“Mike” (just a generic name, not implicating anyone specifically) just received his Explanation of Benefits summary from his unexpected heart attack. Like any of us would expect or plan for a heart attack, right?

The charges from the hospital, doctor, anesthesiologist and candy striper (gum can be expensive), was well over $100,000.

While I do talk frequently about plan benefits, I didn’t expect his next response which was “that’s a pretty good deal that I only have to pay $8,000 out of a $100,000 invoice!”

Mike understood the value of insurance, that it is there when we need it. I also explained what the different amounts meant to his maximum out of pocket.

We never plan for things like heart attacks, or cancer. As you can see by the below photo, we were celebrating dual birthdays (Andy is much, much older than me by 3 weeks); his in July and mine in August.

If you hadn’t noticed the Band-Aid on my nose, I had skin cancer removed the week prior to my birthday. I didn’t plan on skin cancer. (Well, maybe I did as I was a teenager roaming around Lake Tahoe without sunscreen). But I do appreciate the value of insurance, not just because I work in the industry, but because “we never know” when it will happen or affect us.

As we are moving into the open enrollment season, your health insurance might be renewing, you might have questions or just don’t understand it. That’s where we come in, and we speak fluent Obamacare (though not any other languages, unless Sarcasm and Pig Latin are considered languages).

Give our office a call – we would love to help!

Who didn’t cut off her nose to spit her face

It’s June. If you have been reading my eblasts for a while, you know that I occasionally will write about Wacky National Holidays.

It’s funny how all of the wacky holidays coincide with insurance (I get paid to talk about that subject, otherwise we would talk about marmots, jewelry, or how my son doesn’t put the dishes in the dishwasher).

Here are some of June’s Holidays, and the (subliminal) true meaning to the holidays:

June 1st is National Flip a Coin Day (…or National What Day Does Open Enrollment Actually End? Or Begin?)

June 13th is National Blame Someone Else Day. (…or National Politics Day)

June 28th is National Insurance Awareness Day (I did not make that one up!)

Since you’re probably reading this prior to June 28th, you can celebrate this day by calling your favorite insurance agent (me) and get that health or life insurance policy updated.

Until next month,
“Silly people, serious about insurance.”

I am my favorite agent, too!

Sometimes life can leave you unprepared or uninsured.

At that point, we usually hear “I should have called you sooner!”I thought I would pass along this short, simple checklist of when to call ACS Insurance:

That’s it. Simple list. If you don’t fit the above criteria, please call our office so that you can be prepared.
Until next month,

The first is that I had the opportunity to travel to Washington DC with some fellow insurance agents to descend upon Capitol Hill and discuss the changes to the Affordable Care Act and its affects on you, our clients.

While we are still in the process of sorting through all of (constant) changes, just know that ACS Insurance is keeping up with the changes and is here to help you.

Remember, if you have any questions regarding Obamacare and what it means to you, feel free to give me a call.  There are still some options for open enrollment.

We also have a new member on our crew.  Her name is Henrietta, or more affectionately known at “Etta.”  It is interesting to note that when someone has a lengthy name, it gets shortened into a cuter name.  However, if you have only five letters in your name (such as mine), you don’t get the option of a shorter name.  Andrew is Andy.  Henrietta is Etta.  Grace is just Grace.

Evidently, I can shorten my name, which is now super cool!